What Makes the UK Such a Popular Destination for Exhibitions?

The UK is one of the top exhibition destinations, accounting for 2% of the global indoor exhibition space. In 2010, UK exhibitions attracted over 13 million visitors, 850,000 coming from abroad. According to the 2016 Global Exhibition Barometer (survey conducted before the EU referendum), 66% of UFI members from the UK declared an increase in annual profits for 2016, and about 70% had positive expectations for the first half of 2017. However, the Brexit referendum has sent shockwaves through the business world, particularly in the event industry as evident from a recent survey where 50% of EVCOM members expected lower profitability for their businesses.

UK’s place as one of the European hubs for exhibitions and trade shows is supposedly under threat, but it’s not all doom and gloom – it’s still a great place for business events. Here are 5 reasons why the UK will remain a popular destination for exhibitions:

English is now undoubtedly the global business language allowing for easier trade across countries and continents. Whilst there are obvious benefits for American exhibitors in the UK, many international companies will also have fluent English sales reps allowing for better interactions with attendees and other exhibitors.
The popularity of the English language means that dealing with British stand suppliers, event organisers and contractors can be easier than exhibiting in other countries.

The UK has an excellent transportation network linking all major cities, with many reasonably priced flights from mainland Europe, the USA and further afield. Although the trains aren’t quite up to the quality of some other rail companies in mainland Europe, due to the relatively small size of the country and high population density, getting around via public transportation is quick and straightforward.
The main exhibition centres in the country are the NEC in Birmingham, Excel and Olympia in London, with each of these venues easily accessible by public transport. With trains taking just 1-2 hours running between these two cities, you will find it easy to exhibit at multiple events if required.

Exhibitions such as Spring Fair International and The London Boat Show attract a global audience to the UK’s shores. With a reputation for gathering the best businesses from around the world and a competitive know-how in event organisation, the event supplier industry is booming.
Moreover, the UK is ranked as one of the top 10 countries in the world according to the Ease of Doing Business index, and with the pound currently (as of July 2016) at its lowest rate for over 30 years, trading with British companies is as easy and even more profitable than it has ever been for international businesses.

A Great Place to Visit

Whilst the main objective of a trade show is to attract new business, it is also a great bonding opportunity for you and your sales team. Taking a few days off to see the iconic landmarks around the country is a great way to experience this historic and fast-moving country. The majority of the country’s top attractions won’t break the bank either as most of its world-famous art galleries and museums are completely free to enter.
Many people miss out on the countryside during their visit to Britain, but there are hundreds of quaint English villages, set in national parks such as The Lake District or The Cotswolds, that will take you back in time.
Following the outcome of the UK’s referendum, VisitBritain, the national tourism agency has announced plans to increase efforts in positioning the UK as an attractive destination through social media, creative marketing campaigns, spectacular events and tactical activity in key overseas markets.

The UK has some truly world-class venues, mainly centred around the two biggest cities: London and Birmingham.  In addition, there are many top venues that are made accessible by the fact that Britain is a relatively small country compared to other expo hubs such as the US, France and Germany.
Although the NEC and Excel host the most prestigious trade events, these exhibitions are very much spread out all over the country. To find a trade show for your business, you can visit sites such as 10times which list all of the biggest and best shows in the country.

Check out the custom map below to get an idea of some of the range of venues the country has to offer: 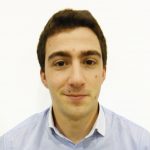 Matthew Pavli is the Marketing Manager for Display Wizard – a UK based supplier of display and exhibition stands. He writes about event marketing, display stands and much more on the site’s Blog.