What Makes For Good Promotional Swag?

Trying to figure out some stuff to give away at your next event? Here are a few words of advice.

People like getting free stuff – that’s a rule as old as human civilization. Here’s the thing about that, though. Don’t assume that just because free stuff is awesome, you can throw any old junk at your attendees and they’ll lap it up.

That isn’t the case at all.

While people certainly won’t turn down bad swag (hey, it’s free), they won’t remember it. When they get home from the conference, it’ll go straight into their junk drawer or a storage closet and gather dust until they move or decide to throw it out years later.They won’t make any positive connections with your event, and they certainly won’t remember your brand.

In order to avoid having that happen to you, let’s go over a few of the qualities your swag needs to have before you start handing it out. If you’re missing any of these, it might be time to sit down and rethink your event.

Large, bulky objects are an emphatic ‘no.’ While it might certainly be awesome to receive a sound system from a booth at a tech conference, you need to consider how, exactly, a guest is going to transport it. Are they just going to haul it around the show floor all day?

That’s a recipe for back pain and a frustrated attendee.

And if they’re allowed to come pick it up later, where are you going to store it? How are you going to transport it? Simply put, there are just too many issues here, and not enough solutions.

I attended a convention a few years back where one of the gifts we received was a cool metallic water bottle. It was red, with the logo of the convention embossed smartly on the front. I still use that water bottle to this day.

The best swag has to serve some purpose beyond marketing. It has to be something people are actually going to use. A water bottle is one example, but phone chargers, tote bags, or a well-designed T-shirt are also great choices.

When considering whether or not to give something out as swag, ask yourself if people will throw it away – if the answer is yes, don’t put it in your bag.

I should explain what I mean by ‘cool.’ This is cool. That’s one of the tote bags they handed out at a recent TED talk conference. Notice how it looks sleek, smart, and professional, and how the TED logo is extremely unobtrusive. It’s still there, but it’s relegated to the bottom corner.

Imagine how that bag would look if the TED logo took up the entire bag. Imagine how it would look if it were made out of a cheap material, or a nerdy-looking backpack. People wouldn’t want anything to do with it.

And that’s the lesson – if your swag doesn’t look good, it doesn’t matter how useful it is.

Going back to the TED talk example, when Google released its new Nexus phone, conference runners gave away the device to attendees. Now, you don’t need to give people who go to your events smartphones – that’s not the lesson here. What I’m saying is that when you’re giving stuff away, make sure it’s stuff that’s relevant to your conference, or tied to the message you’re trying to convey.

Otherwise, you may as well not give away anything at all. 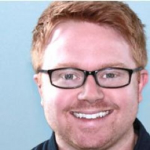 Brad Wayland is the Chief Strategy Officer at BlueCotton, a site with high-quality, easy-to-design custom t-shirts.