Your Guide to Social Media Live Streaming for Events

I’ve seen a number of articles describing live streaming for events as an innovative and even “trending” topic – it isn’t.

The first company to “brand” live streaming online was ‘Livestream’, of course they consequently became a leading solution for live streaming, but that was back in 2007 – almost 10 years ago! Just for reference, 2007 is the same year the first ever iPhone came out, Facebook was launched and the BlackBerry was known as the “CrackBerry” because everyone either had or wanted one.

And it’s a great trend!

We already knew that pictures engage more than text alone in social media, videos engage more than pictures, and initial data from Facebook is showing that live videos are even more engaging – they get 10 times more comments than standard video posts!

Even better, according to more research by Facebook, users watch live video more than 3 times longer, in contrast to posted videos.

My journey begins with a look at one of the first big social solutions for live streaming – Periscope.

Periscope was founded in 2014 as a live streaming mobile app and just one year later acquired by social media giant Twitter. The mobile app is available for iOS on the AppStore and on Google Play for Android.

Periscope is for mobile devices, you download the app from the respective app store and sign-in with your Twitter account, or phone number. As soon as you you’re logged-in you can start your live stream.

There are options to have a private stream where you select the participants – Twitter followers or Periscope users, an option to invite all your Twitter followers, and, of course, the option to take your live stream to the public – on Twitter and Periscope. In all cases, viewers can send likes (or hearts), comment below the video, and you can see how many people are tuned in. You can share the stream on your Twitter profile and online via a web address URL link.

It’s really user-friendly, simple to use and unlike other solutions, already available worldwide. Being part of Twitter, Periscope should be your weapon of choice if your audience is on Twitter, or if you have a large following there.

It’s important to note that for professional and business events Twitter remains the most popular social media network!

Facebook Live was announced last year for iOS users in the US and is now being rolled out to the world, starting with Public Figures and Verified Pages only (outside the US).

Facebook Live is very similar to Periscope, you can invite your friends to watch the livestream, viewers can comment and send “Reactions” (the new Like). There is an option to share your location and, again, like Periscope, you can see how many people are watching. 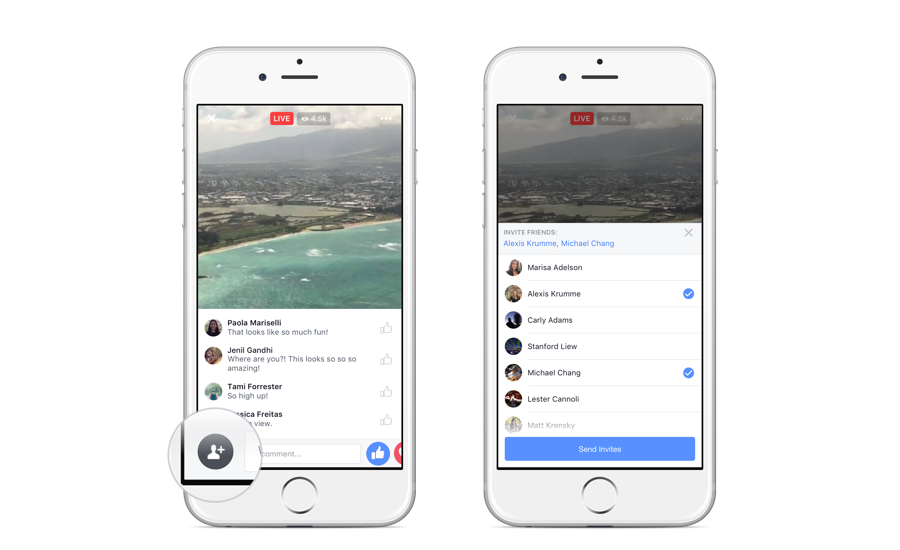 After you stop streaming the video is automatically saved on your timeline, so it can also be replayed.

You will be able to share your live stream inside a public or private “Group”, “Event” page, or from a business “Page”. Now that’s BIG news for the events industry!

Facebook also offers a lot more creative camera options than Periscope. This includes camera filters, the option to sketch draw, and, of course, the audience has their various Facebook Reactions. 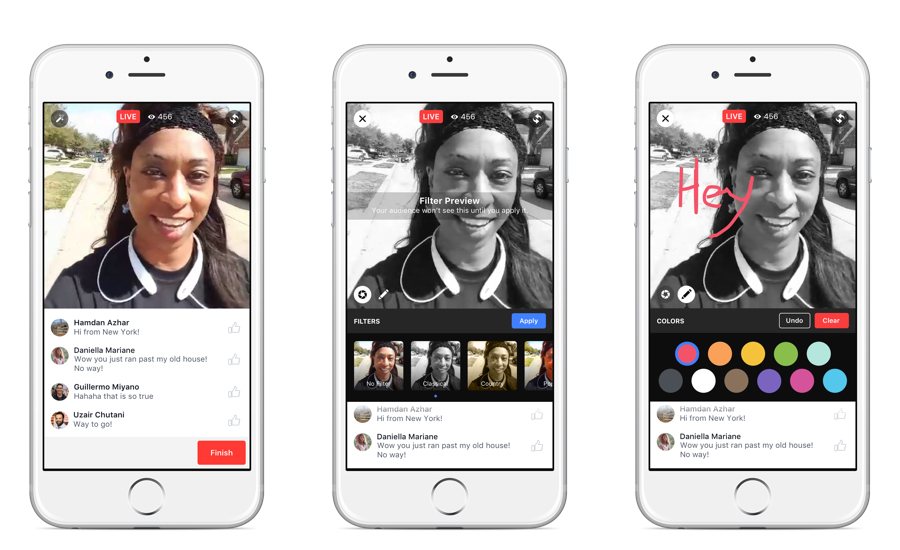 The analytics are similar to Periscope – you can see how many people tuned in for the stream, how many replayed the video after, how many reactions and comments it collected. But there are also great infographics – for example on Facebook Live you can find out which moments of your stream had higher viewership and engagement – a great option to have if you want to see what sessions or speakers were more engaging to the audience online!

Live streaming is already available through YouTube’s Creator Studio, but according to sources close to Venture Beat, Google are now developing a live streaming app for mobile devices called YouTube “Connect”. This app is to be announced before the Google I/O 2016 developer conference this May.

According to those same sources the live streaming app will have similar functions to Periscope and Facebook Live.

Meanwhile some channels can already stream live on YouTube (check with Creator Studio). There is an option to share the stream on Google+ and Twitter, and just like all other videos on the platform, the live stream can be embedded on any external website. 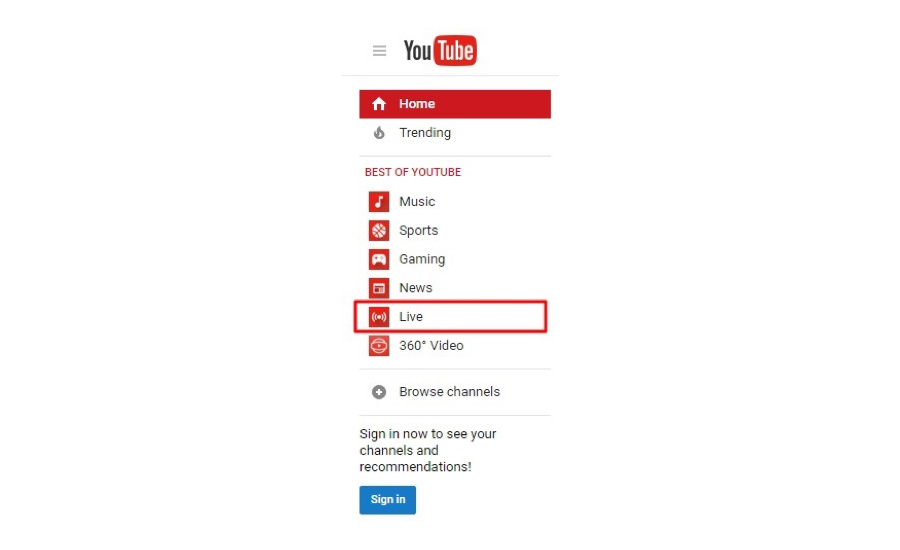 There are tonnes of features already available available for live streaming on YouTube,  but you need to have video encoding software and a camera on your desktop PC. It can get a bit techy, but this video gives a full walk-through (note: it’s 10 minutes long).

Well, we have to wait and see really, but one massive benefit over the other apps will definitely be that your live stream gets shared to the world’s biggest video streaming community automatically.

Note: On a global level YouTube is the biggest online video platform, but in the US as of August 2015 Facebook has surpassed YouTube on desktop video viewing – “they delivered about a billion more views than YouTube” according to comScore.

While waiting for Facebook Live to go truly global, and YouTube Connect to be announced (hopefully), my favorite live streaming social media app has to be Periscope. I downloaded the Periscope app, signed in and started a live broadcast in under 5 mins! The app is extremely user-friendly.

Facebook Live is currently not available for personal accounts outside the US, only “verified” Pages and (famous) People, but the user-base growth of Facebook mean it might quickly become the leader for social media live streaming globally.

I am annoyed that each platform is building their own solution, or buying out leaders that emerge – as was the Periscope case with Twitter. Although it seems normal and logical, it means that when choosing a solution you will have to dedicate yourself to the particular social media network. If you’re using Facebook Live, your stream will be…on Facebook and Facebook alone. That’s why it will be interesting to see how YouTube Connect’s share and embed options will work.

What are your thoughts? Which social media will you choose to live stream your event, and why? Have you tried their live streaming solution already? Were you satisfied? I’d love to hear your views!

Dimitar Toshkov
I’m a wiseacre Millennial, but you’ll find my articles are the result of meticulous research and careful observation.