Being an event professional does not require being an technical director but it definitely requires having a grasp in the AV and event technology basic concepts and terms so that you could communicate more easily and effectively with AV and event technology service providers. The top event technology consultant- Brandt Krueger reveals 5 key AV terms you might not know but you will surely find pretty useful when organizing your events.

Literally the ratio of the width to the height of a video screen, as opposed to the physical dimensions of the screen. The two most popular aspect ratios in modern projection are 4:3 (“traditional” or “full-screen”) which is closer to a square in shape, and 16:9 (“widescreen”) which is noticeably more rectangular. Modern high definition screens and projectors have a 16:9 aspect ratio, again regardless of their size.

Often two video projectors are focused onto a single screen giving two primary benefits:  1) the resulting brightness is increased, and 2) the second projector serves as backup for the other. The projectors are most commonly “stacked” on top of each other, but are sometimes called “Running Spares” because you’re running two or more projectors simultaneously, showing the same image, in the same location, at the same time. Then, if one of the projectors fails, the image is still visible due to the other(s) still projecting, just at a lower brightness.

When you want to hang lights, speakers, or other equipment from the ceiling at a venue, you’re going to need safe, structurally sound places to attach that gear. Those points are called “rigging points”. Usually they’re large, heavy-duty eye bolts attached to the main structural I-beams in the ceiling of the venue. From these points you can hang chains and motors designed to lift truss loaded with hundreds of pounds of equipment into the air. But beware- more and more venues are beginning to charge per point, per day, rigging point fees.

In many of our smaller events and meetings, where in-room power is sufficient, you might not need to bring in additional power. You still ought to know the difference between “outlets” and “circuits”, however. When we talk about outlets, we mean just the receptacles in the wall. A circuit, on the other hand, is an outlet or series of outlets wired together, and most importantly, is rated to provide a certain amount of power. Depending on the wiring of the venue, there can be multiple outlets tied together onto the same electrical circuit, so it’s important to not only take note of how many (and the locations of) outlets, but to ask the venue how many circuits are available, and what they’re rated. Only then can you know if the room will be capable of handling your power needs.

While originally a concept associated with union labor, “turn around time” is being incorporated into more and more AV and freelance contracts. Much like airline pilots can only fly a certain number of hours before they’re required to have some time off, the turn around time for an event is the time between when the crew is released in the evening, and when they have to be back in the morning. If that amount of time is less than the minimum, you may be charged overtime rates for the entire next day! 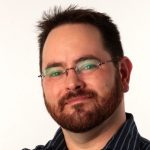 Brand Krueger has a degree in Technical Theatre and a core in Psychology as well as almost 20 years experience in the meetings and events industry. He teaches public and private classes on Technical Meeting & Event Production through the Event Leadership Institute, and is the owner of Event Technology Consulting.