Achieving active community engagement through social media has become the primary aim for many marketers; it is also the aim of every event planner during the pre-event planning, at the event itself and post-event.

The big 5 of social media this year are Facebook, Twitter, LinkedIn, Pinterest and Google +. Now, I’ll have to admit that there’s quite a lot of research on this topic. Each research measures different factors such as number of active profiles, engagement rates, etc., and MySpace and Google + both make it to the top 5, but according to my observations Google + is mentioned more often.

Facebook has been on top of the social media networks pyramid for a few years already. There’s plenty of information available on various tactics and strategies in order to attract more followers and increase engagement with the brand. We’ve heard, read and listened to an extensive amount of information about the rise of content marketing, creating value and personal relationships, and how photos are the most influential Facebook content. ­Bear this in mind, especially considering the new timeline design that has added further emphasis on visual content. Photos are larger, text is smaller.

There’s also plenty of research on when’s the best time to post content on Facebook.  It varies from country to country, it depends on the industry, your product and your followers’ behavior, which might be hard to rationalize. The only common conclusion is that the weekend gets ignored by many brands, however it is one of the best times to reach your audience.

Let’s look into photos and Facebook now. Marketing Land has found that photo posts receive 4x more shares, twice as many likes, users engage 4x more with them and bear with me for the conclusion, 2.5x more visibility.

Additionally, Buddy Media has discovered that like, caption this and share are the most effective calls to action when it comes to engaging with fans on Facebook. Another conclusion in Buddy Media’s research is that posts including words like winner, win and giveaways receive 40-70% more interaction.

Knowing and combining this information can give event planners some interesting new ideas on how to engage more actively with the audience through carefully planned and executed promotional strategies that will reach the maximum number of potential clients.

In developing event marketing strategies and coming up with content for social media, don’t be shy to look into brands that have had a successful outcome with their content.

A few examples to inspire your creativity for event marketing

The Body Shop USA smartly partners with Build-A-Bear in a promotion around Mother’s Day. You can see this combitation has worked well and the Facebook post has received postitive attention. I’ve circle’d two comments on the photo, as it’s worth noting how well The Body Shop USA handled a fan who cannot get their hands on one of the giveaways. Combining your marketing with holidays is a well-known tactic, yet be careful not to become too trivial with your content; do offer something interesting and useful. 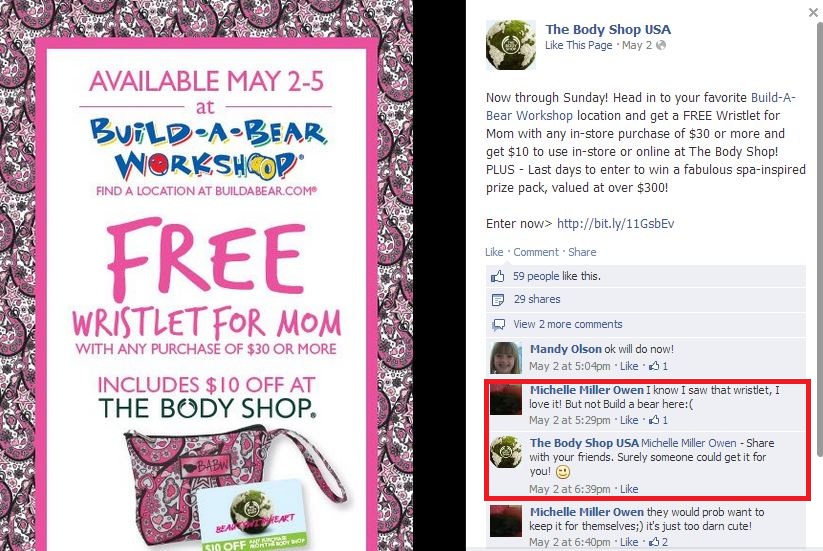 Another highly influential campaign was lead by Mrs Carter. This is not just a promotion, as you can see they’re offering tickets to the already SOLD OUT show, which makes it even more exclusive. 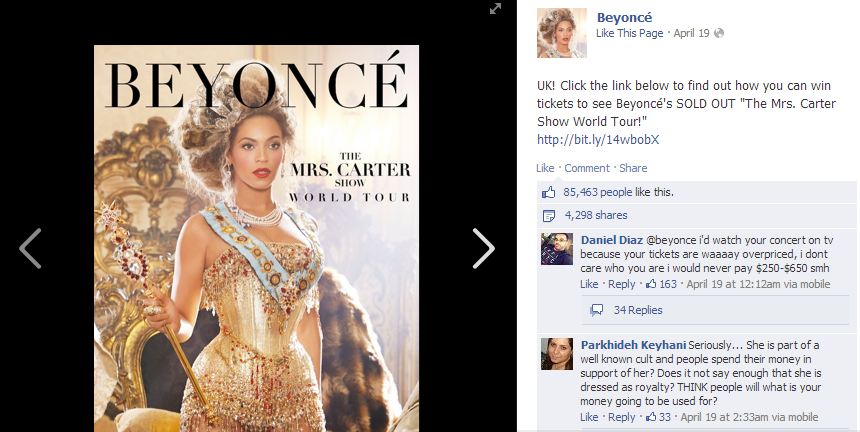 BMW shares this behind the scene photo relying on the fact that people are attracted to real faces in informal situations because it implies genuinity. Sharing photos from “the making of” increases engagement, so if you still haven’t tried that approach, it’s time to do it.

Another example of the latter category is this IMEX post. 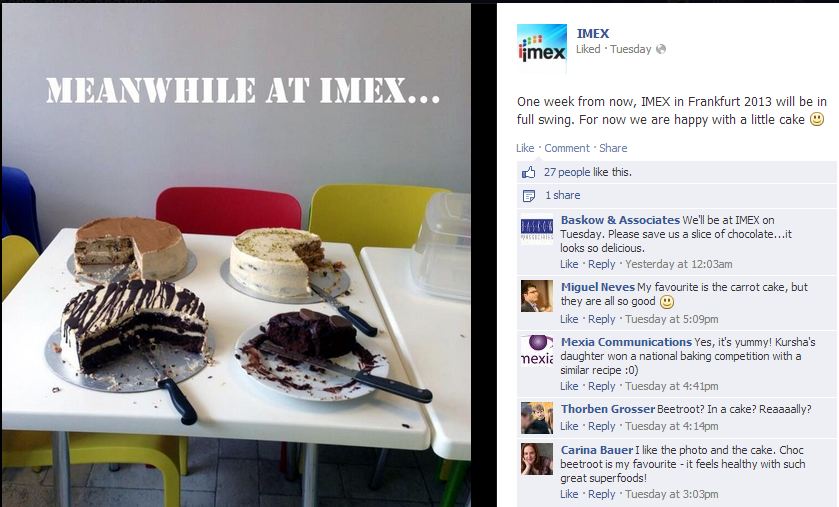 Questions and photos are a great combo for a promotion. Modern Family pokes their fans’ interest and anticipation of the new episode. Adopt this approach immediately before the event, you don’t want to make people wait too long.

With this idea arsenal you can confidently start developing your event marketing campaign on Facebook.